Evelyne Gagnon: My week in training

Évelyne Gagnon combines her time on the bike with a full-time role as a hospital pharmacist. A member of the Canadian Paracycling squad, she also represented Canada in 2022’s UCI Esports World Championships.

Évelyne talks us through a typical training week.

Total stats for the week:
Kilometres covered: 200 (very low because there was 3 short races and travel day)
Number of hours on the bike: 8h
Number of hours in the gym (or other training): 0
Maximum power output: 744

Monday – Rest day
Since I work full time, Monday is always rest day because I’ve generally been fairly active over the weekend. Basically, I’ll catch up on laundry and grocery shopping, not very fun but it has to be done!

Tuesday – Short and punchy intervals
It’s race week and I have three crit races coming up, so it’s short and punchy intervals. It can be 15 seconds on and 15 seconds off for four minutes. I repeat it four times with four minutes between sets. I love this training because you feel strong but it’s short enough that you don’t burn yourself! After the training, I like to look at my InfoCrank power data to see my peak power for every 15 seconds and see the difference when I’m up on the saddle or seated.

Wednesday – Endurance ride
This ride is typically about 1.5 to two hours. The goal is to flush the legs and get ready to pack the bike and take the plane the next day to race.

Thursday – Rest day
As there was a lot of travelling this week, it was an enforced rest day. I wasn’t on the bike, but it was still a tough day getting to my destination ahead of a weekend of racing.

Friday – Race day
In the morning, I went out for a quick hour’s spin to see if I rebuilt my bike correctly! It’s also useful to get an idea of how the legs are feeling before racing. Around an hour before start time, I warmed up with some intensities. This is another time where the InfoCrank is so useful as you can find out how you’re performing and if the legs are there or not. The race lasted around an hour – it was a technical course, lots of power was needed after each corner.

Saturday – Race day
A similar routine to Friday as I had another crit. I don’t tend to change the pre-race too much when I have an intense weekend of competition, so it was more of the same to get ready for racing.

Sunday – Race day
Final race of the weekend, and this one saw a punchy climb every lap. Just the thing you need for the third race in as many days! This one saw another challenge as well – the weather. It was incredibly hot, tough conditions to race in. 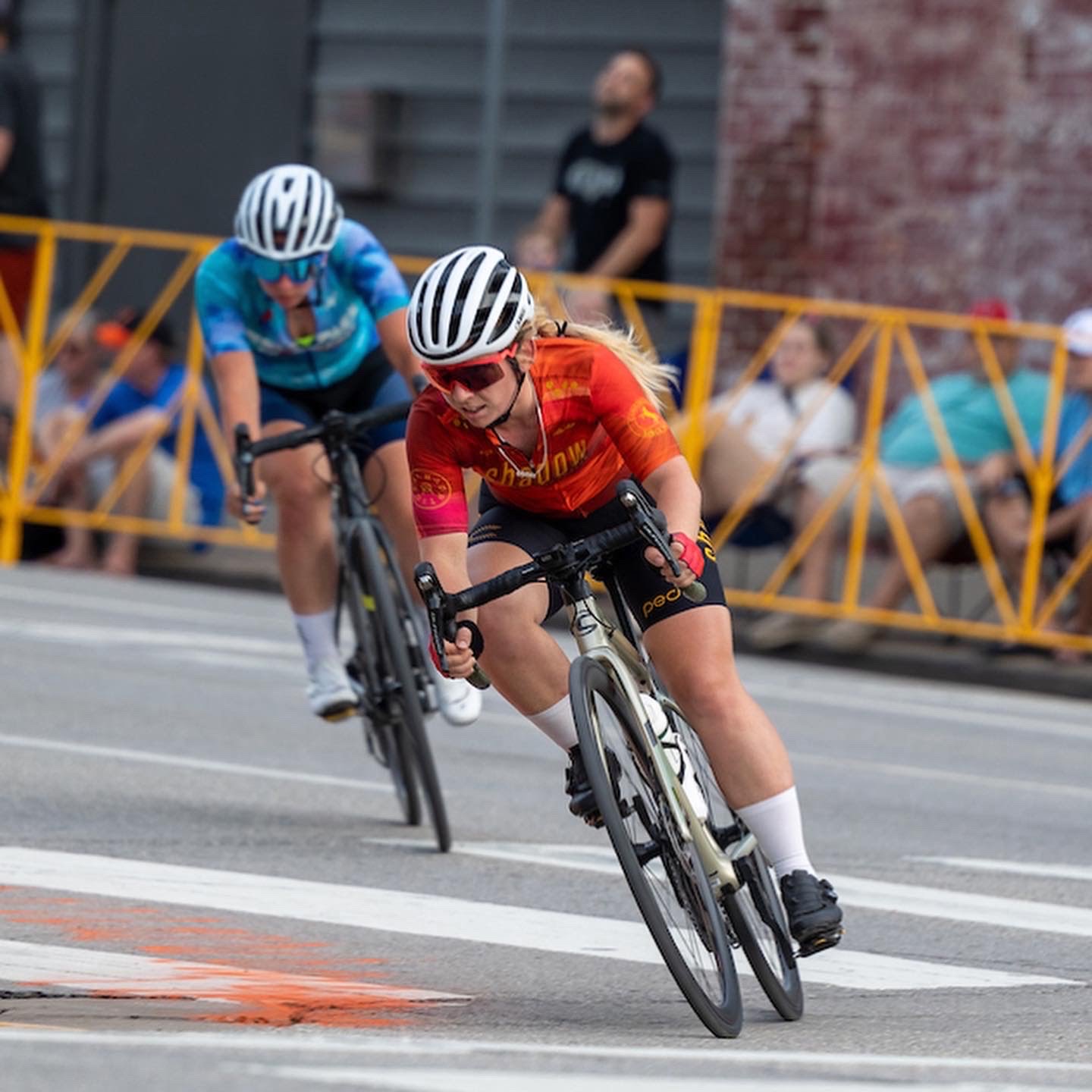 What’s your favourite thing about training?
I love the fact that you can see your improvement when you’re dedicated. If you work hard, you get better.

What has been your most challenging training session?
Longer intervals with not much rest are the worst for me! They can be really useful, but they’re not all that fun!

What’s the best piece of training advice you’ve ever been given?
Rest when you need to rest and trust yourself. You can’t go at full intensity all the time, those days off the bike are just as important as the ones on it.

What would you say is the biggest training mistake you’ve made?
Trying to train even when you’re sick. As I said, knowing when to go and when to rest is really important.

What do you use your power meter for and what difference does it make to your training?
I use my InfoCrank for all my training sessions and races. It’s the perfect tool to be consistent in training and for the races because it’s accurate. You can see where you could have pushed more or if you’re going way over your limit.