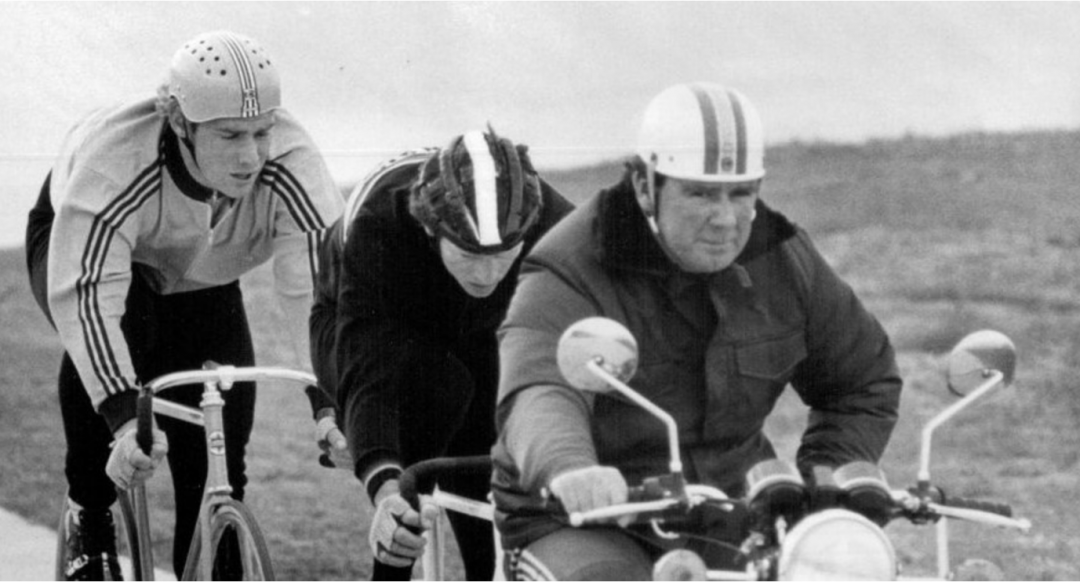 I am often asked questions about coaches. Some of the people I admire most in life are coaches, not all in cycling but in many aspects of life. When I was a mature age racer, otherwise known as a master or veteran, I had coaches for much of the time that I competed.

I believe there is real value in coaching, but where is that value?

What I would like to do here is give a pen picture of a few coaches that I knew or worked with and what I thought were their stand-out characteristics – beyond the ordinary – that make a great coach.

The first one was when I was a young aspiring rider with strong legs and heart, but quite new on a bike. My club mates had taught me many things, but I was still raw and doing my best to get to A grade.

This coach, Alex Fulcher, was the man who coached the best riders in Australia at the time and he often rode his motor bike behind the races watching riders – advising and supporting them.  And it wasn’t just his own national team or club riders that he did this for; he cared about others as well.

On one particular day, one of my last in B grade before finally making A grade, I had broken away solo on the final stage of a three day tour. I was in fifth place overall, had put in a great individual time trial earlier in the day and had a chance to win. So, with 20km to go, I rode away from the field. However, 1km from the finish, near the top of the climb, the bunch caught me. I was done. Alex brought his bike in front of me and said: “Sit on – I am not going to let them beat you.”

So, I finished with the bunch and kept my fifth place. Why was Alex so important to me, even though he never directly coached me? He was the special sort of guy who really cared about the riders – not just their results, but how they went about getting them.  When Alex died earlier this year, there were many stories from riders telling how Alex helped or mentored them.

Alex Fulcher MBE OAM in his familiar position on his little red bike, in this case leading Gary Sutton and Kenrick Tucker on their laps. 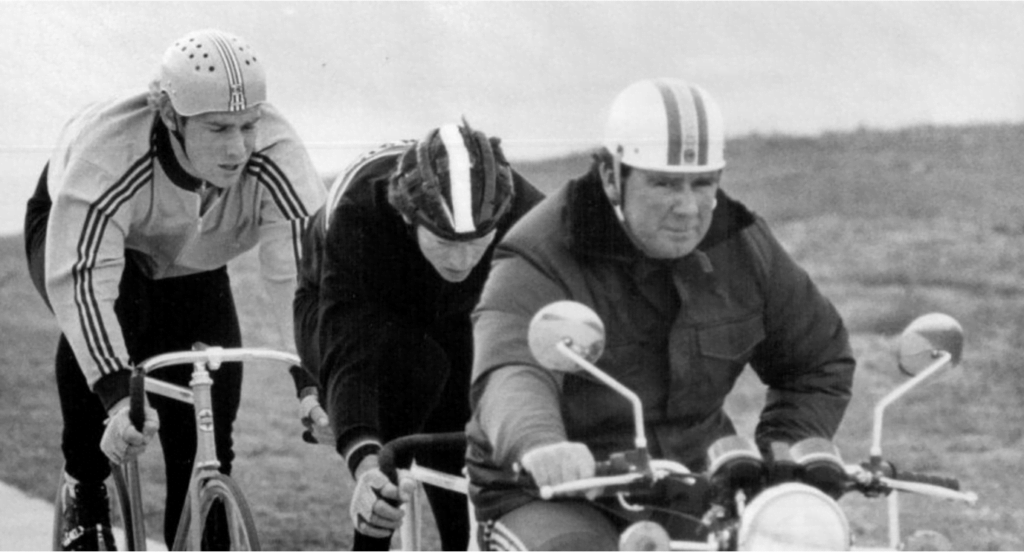 When I came back to riding as a 45-year-old, it took a few years to get the legs back. All of a sudden, even though I had little endurance, I discovered (by winning a race) that I could still go fast. I was already collecting data including power data, but I quickly discovered that I knew more than my then-coach about power.

I contacted Hunter Allen and with both of us at the early stages of learning about power, he took over my coaching. Our relationship is still good and open to this day and stands out to me as one of those relationships that define coaching with new technology.

Hunter was open to ideas and always tried to find answers. No matter what the data was saying, quite often the legs were saying something else. In order to do well at the various races, we had to work out how to correlate the data.

He was the first to absolutely require accurate data. We threw away all the previous numbers collected in my first three years and focused on the future, which led me to some good results. But the thing that I like most about Hunter, other than his openness and technical approach, was his desire for the success of his clients.

That led to my next coach – Len Pettyjohn. One of the things that we struggled with was that my leg tiredness did not correspond well to the data expectations. It is no use preparing for a race and coming in fully fit and ready at the wrong time.

Hunter recommended that I deal with Len. He was older than me and inherently understood something about ‘old’ legs. He was also very old school!

Yes, we still used all the technology. He was one of the first (with Hunter) to get an InfoCrank, but he worked with me based on how I felt.

So, my pen picture of these men really concludes with what I value in a coach and what they each showed me in their own way. Yes, a coach must be technically proficient, understand what has to be done – but each of these men went well beyond that. There are legends about how many miles Alex Fulcher did on that red bike of his. Hunter always looked for better ways and discussed them with me as an equal to find out what we could do. Len understood the limitations of the technology and taught me again to feel the pain and then judge the data from that viewpoint.

Coaching is not about training plans primarily – it is about the interactions between all aspects of life and riding.

Is your business life getting you down? Well, don’t stress over the race! Coaching involves watching, knowing, caring, asking questions, and allowing the training, motivations and mind of the athlete to do their job.

← Accuracy – From the Bottom Up Lucy Gadd: What I’ve learned during lockdown →