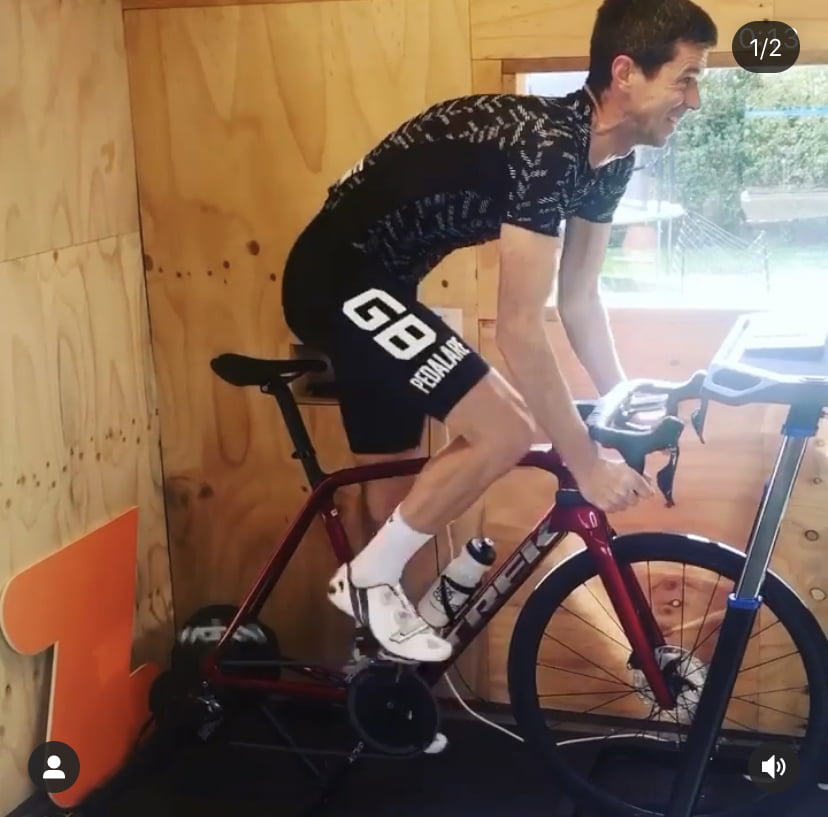 We’re now a third of the way into Matthew Keenan’s Tour Training Challenge – with coaching from dual Olympic gold medalist Graeme Brown and data from his InfoCrank power meter, Matt is trying to improve his fitness during the three weeks he is commentating on the Tour De France.

Matt took some time out of training and commentating to update us on his progress:

Throughout this year’s Tour de France my escape from the race, and some time to myself, has been doing the InfoCrank Tour Training Challenge.

The challenge isn’t about preparing for an event or beating my mates, although that would be nice, it’s about pushing myself and having a positive focus beyond commentating.

Since I stopped racing, late last century, I haven’t actually trained. I’ve just gone for rides with friends. Steady tempo and the occasionally battle of egos to the top of a hill. No structure. Essentially social catch-ups on a bike.

What I’ve enjoyed most about the InfoCrank Tour Training Challenge is the specific focus of each session.

It has been fun to do sessions with a purpose. And each session has had an objective – increase strength, lactate tolerance, aerobic capacity, pedalling efficiency, active recovery.

I knew coach Graeme Brown, a dual Olympic Games gold medallist, was going to give me strength endurance efforts. It’s a foundation drill. These are 5min efforts at 50rpm at my FTP (320 watts). It’s like a gym session on the bike. I can feel every part of every pedal stroke.

My favourite, so far, has been a session that simulated attacking on a climb then settling into a high tempo.

My least favourite has been power starts. As a sprinter I make for a good climber.

Five sets of five big efforts, from a standing start, around 20sec, no more the 40rpm. Just like the strength endurance efforts, it’s a gym session on the bike. I imagine. I’ve never done a gym session, which is why these are exactly the sort of efforts I need.

Outside the comfort zone, otherwise known as the improvement zone.

On an easy day I did 3 x 2min one legged low intensity efforts on each leg. This allowed Graeme to capture the data from the InfoCrank and assess my pedal stroke.

A third of the way into the InfoCrank Tour Training Challenge and I’m nervously looking forward to the week ahead.

Here’s how you can get involved with the challenge.

For more updates on Matt’s progress, keep an eye on InfoCrank’s social media, along with Matthew Keenan and Graeme Brown’s Instagram and Facebook pages.