What is torque measurement and why is it important?

For the uninitiated, torque is the rotational force applied by the cyclist to the pedals during each pedal stroke. Since crank length is constant, we can say that torque really is an indicator of the force applied to the pedal. So, what do we need to know about torque and why do we at Verve emphasize the importance of measuring it?

The USP of the InfoCrank is its ability to very accurately measure the tangential force exerted by the cyclist throughout the pedal revolution. It does this via very accurately positioned strain gauges directly on the load path of each crank arm, both left and right. In the lab, this had been done before, but never before had such a device been designed with the sole intention of making laboratory grade measurement a possibility out on the road. Enter the InfoCrank.

The truth is, if you truly want to get an accurate picture of your Watts output, you need to know the instantaneous torque, the crank length and the crank speed (or cadence as it is more commonly called). When you are in possession of the two components of power, torque and cadence, you can multiply them together to give a power number in watts. 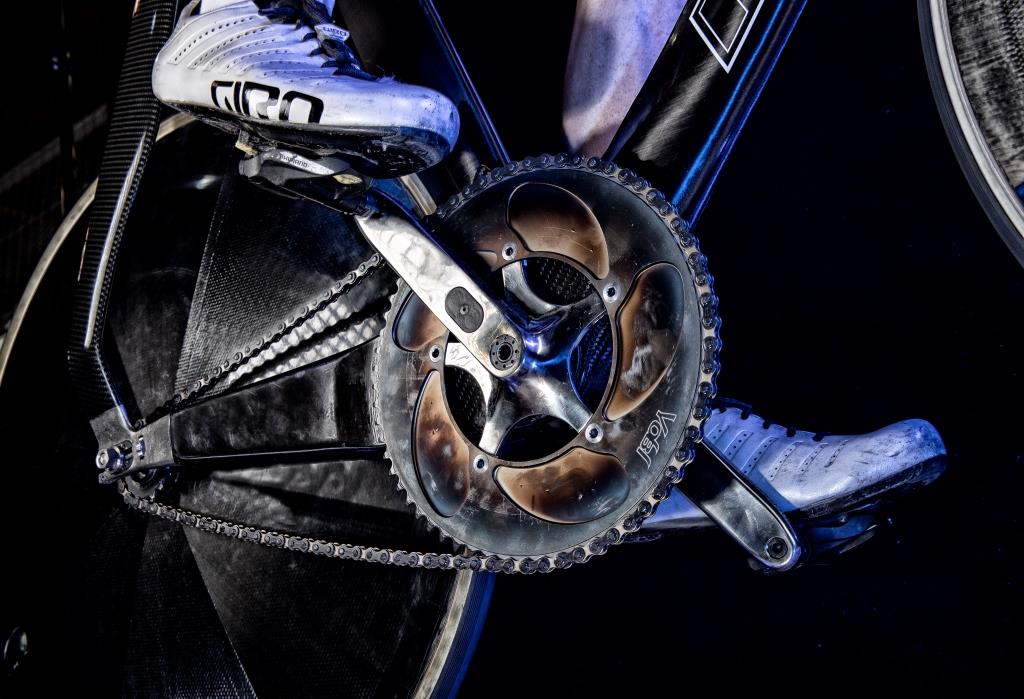 So, what is torque measurement?

There are many ways to generate a watts number, but of all those in use today by the competitor brands, only one of them measures solely the force driving the bike forward, the InfoCrank. Most of the other brands calculate watts in other ways, but without measuring the force that drives the tangential force. And this is a red flag when it comes to accurate power measurement.

It may come as a surprise to you that there are a large number of forces applied when a cyclist pedals his or her bicycle. There are twisting forces, bending forces and rotational forces. Thinking about pedal based powermeters for a second, some of the force applied to the spindle of the pedal will be tangential, but this will differ depending on each pedal stroke and pedalling style. Other forces will come and go during each pedal stroke and with changes in weight bearing and pedalling style.

So many ‘modern’ pedal power meters try to measure forces from different directions then apply algorithms to work out what they think the tangential force might be. That is definitely not how you would accurately measure torque. If you want an accurate picture, then you need to measure torque purposefully and independently. This is the key secret of the InfoCrank – this is also the reason why you don’t need to continually zero.

Now we can look at the complete crank with the IC2 module inside. We have highlighted in yellow a straight line between the point on the crank where the force is applied and where it goes.

You will notice that the line goes directly through the area where the module is placed – in fact directly past the strain gauges. That yellow line represents the tangential force and not any of the other forces that are applied during a pedal stroke. An important part of the IC2 is the placement and bonding of the strain gauges in that direct line with an error of less than 0.1mm in alignment to achieve the supreme accuracy that the product is known for.

The InfoCrank measures the force applied tangentially to the InfoCrank the same way all day, every day, every month, rain, hail or snow. Once activated, any tangential force is measured with only a tiny degree of error regardless of how it is applied. For instance, if you apply any force to an InfoCrank that does not push the crank around, it will return a zero number. I won’t delve into what happens with some other devices.

The IC2 measures the torque currently at 256 times per second, but we have the bandwidth to increase that well past 10,000. It is just a waste of battery to do it and adds no real accuracy – just a lot of numbers. However, it is important, because by using microprocessors and converters that can read much higher than we actually need, it means that our output is high definition.

It is not just that the torque measurements are all within 0.2nm regardless of the amount of force applied, it is that the resolution is such that no definition is missing.  Simply, 0.2nm stays at 0.2nm after passing through all the electronics. We carry out no smoothing or fancy algorithms, but simply, what is being measured is being transmitted.  More so, we are transmitting only the true torque or tangential force – not some compilation of forces that have been fudged or run through an algorithm to give a best guess