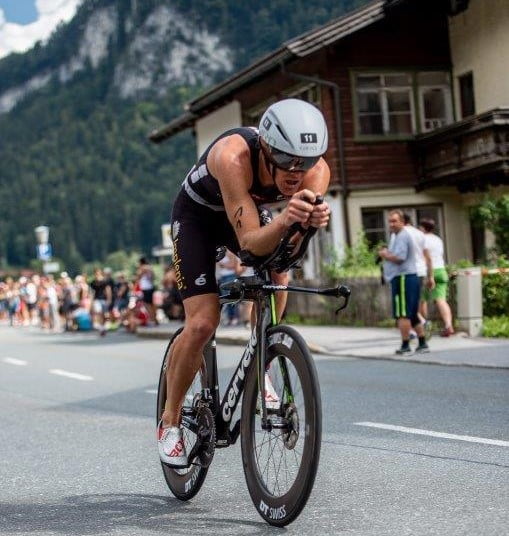 Verve Cycling, producers of the world’s most accurate power meter the InfoCrank, is proud to announce an official partnership with the highly accomplished Swiss triathlete Ruedi Wild. Those who know triathlon will know Ruedi, he has consistently remained at the sharp end of the sport for 20 years and is a long-term member of the Swiss National Team.

Since winning the European U23 title in 2005, Ruedi has been multiple Swiss champion, Olympian (2012) and reigning runner-up on the triathlon long-distance world champs (2018). He also placed third at Ironman 70.3 world champs (2016) and has 15+ wins at Ironman and Challenge Races under his belt. One of sport’s true fighters and ambassadors, Ruedi will continue to use the InfoCrank as he races through the 2020 and 2021 seasons.

The power meter provides Ruedi with live power measurements while riding, as well as accurate data that can be used post-ride to see the impact of training and as a tool to ensure his form peaks for key events.

Bryan Taylor, Verve Cycling President, said:
“Ruedi has long been a member of the InfoCrank family and I’m incredibly proud to formally announce our partnership. Triathlon is one of the most challenging sports out there, technically, physically and mentally, and to know that Ruedi has placed his faith in the InfoCrank to help keep him and his performances at the highest level is a high accolade. I’m constantly blown away by the talent we have riding the InfoCrank and Ruedi is no exception.”

Ruedi joins fellow triathlete, Anne Haug, as an InfoCrank ambassador, along with a rapidly growing select group of elite athletes and teams that use the InfoCrank as their power meter of choice.

Ruedi Wild, Elite Triathlete, said:
“For many years I have relied on the Infocrank in training and racing. Simple to install and maintain, the highly-accurate power meter allows me to control my efforts during training while staying in the right zone in long distance racing which is key for energy management. I can also analyse my performance in detail and receive feedback to inform potential improvement, such as the different power outputs of the two legs which then will affect my strength training.”

Borne out of a requirement for accurate and consistent data, the InfoCrank power meter provides precise results and is also used by the UCI and the GB Cycling Team, who have dominated track-cycling for the past 15 years.

The InfoCrank records true left and right power balance, pedal smoothness, torque effectiveness and cadence. It measures each leg independently and accurately throughout the pedal stroke, regardless of crank velocity. Unlike other power meters, the InfoCrank has no drift, it is not temperature sensitive and there is no need for constant calibration.

The InfoCrank truly is the only cycling power meter that delivers accurate and repeatable data and lives up to the hype of true measurement.